Data Drops project was produced in collaboration with a scientist Mario de la Fuente PhD.
Data Drops is a data sculpturing project, which through a metaphor aims to tackle the issue of personal data collection and its usage.
The data source of this project was the survey designed by researcher Ramon Sangüesa (http://www.thecityandyourdata.net/), which was concerned about people emotions towards personal data being used by the third parties. People’s reported emotions were matched to colours according to Robert Plutchik’s wheel of emotions. Plutchik’s theory of emotion introduced 8 primary emotions out of which all the rest of emotions are derivated.
The colours resulting from people’s emotional data are visualized as droplets in microscope slides.The droplets move freely on the slide, chasing, merging, and beautifully interacting between each other like performers in a dance choreographed by molecular physics. The mechanistics behind this droplets dance was reported by Stanford researchers Nate J. Cira PhD and Manu Prakash PhD, thus, showing how evaporation-mediated surface gradients drives the movement of coloured propylenglycol-water drops without any additional external inputs. In Data Drops this physical mechanism is employed to drive people’s emotion-describing data without any external influence, in the same way like we lose control over our personal data given away in our ever-connected devices.
The emotions of four people were placed as coloured drops in microscope slides and left to freely interact between them for few minutes. The interaction is recorded, and the final emotional pattern placed in a light boxes. The collected drops represent the personal data footprint left in all our actions. And the picture of all slides can be seen as the aggregation of different people’s data forming a palette of the big data.
Data Drops project was presented as a temporary data laboratory within Data Transparency Lab conference 2015, which took place at MIT Media Lab 16th-17th Nov and was organised by Ramon Sangüesa. Below is presented a schema, which explains the process step-by-step. 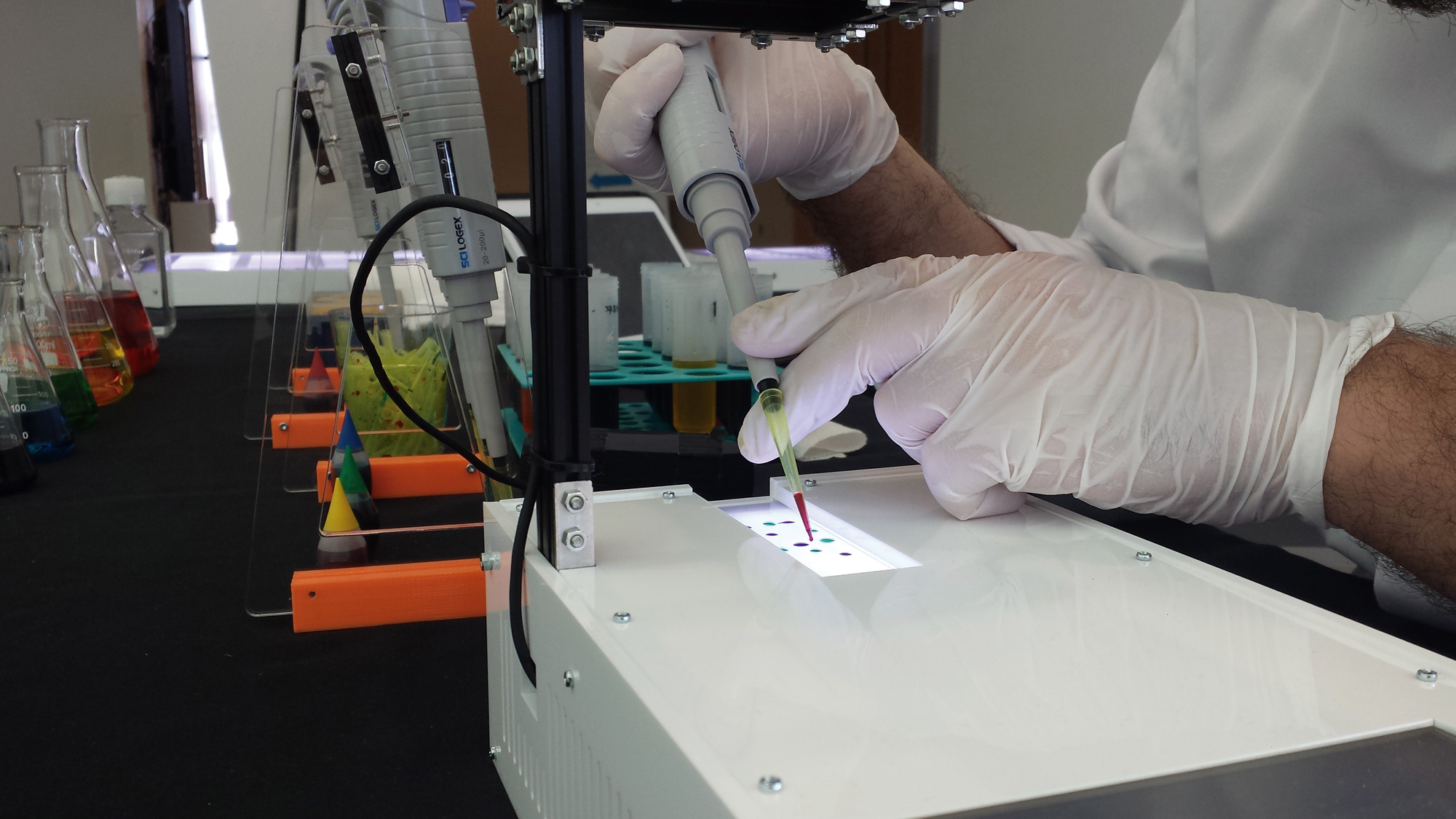 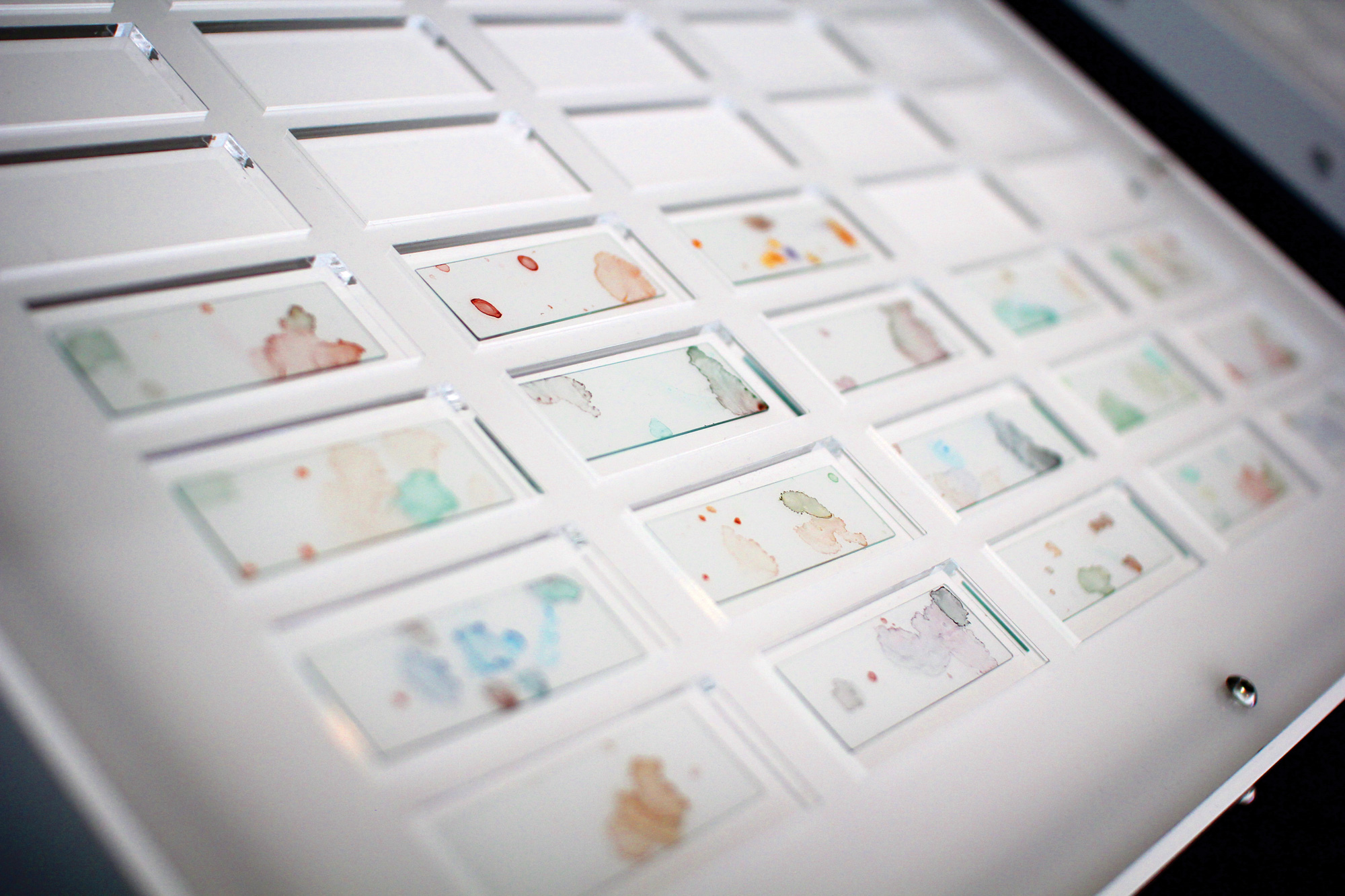 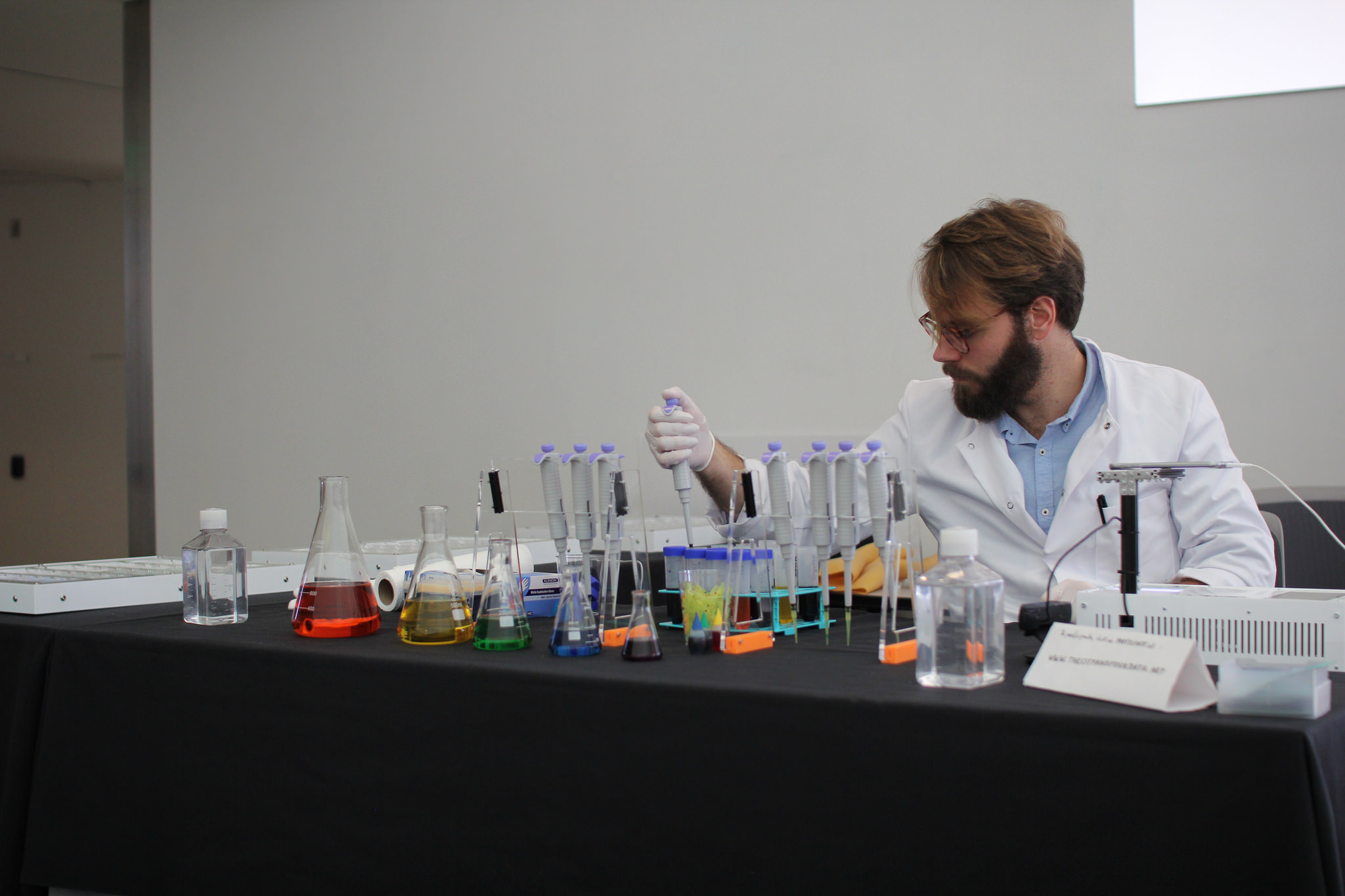 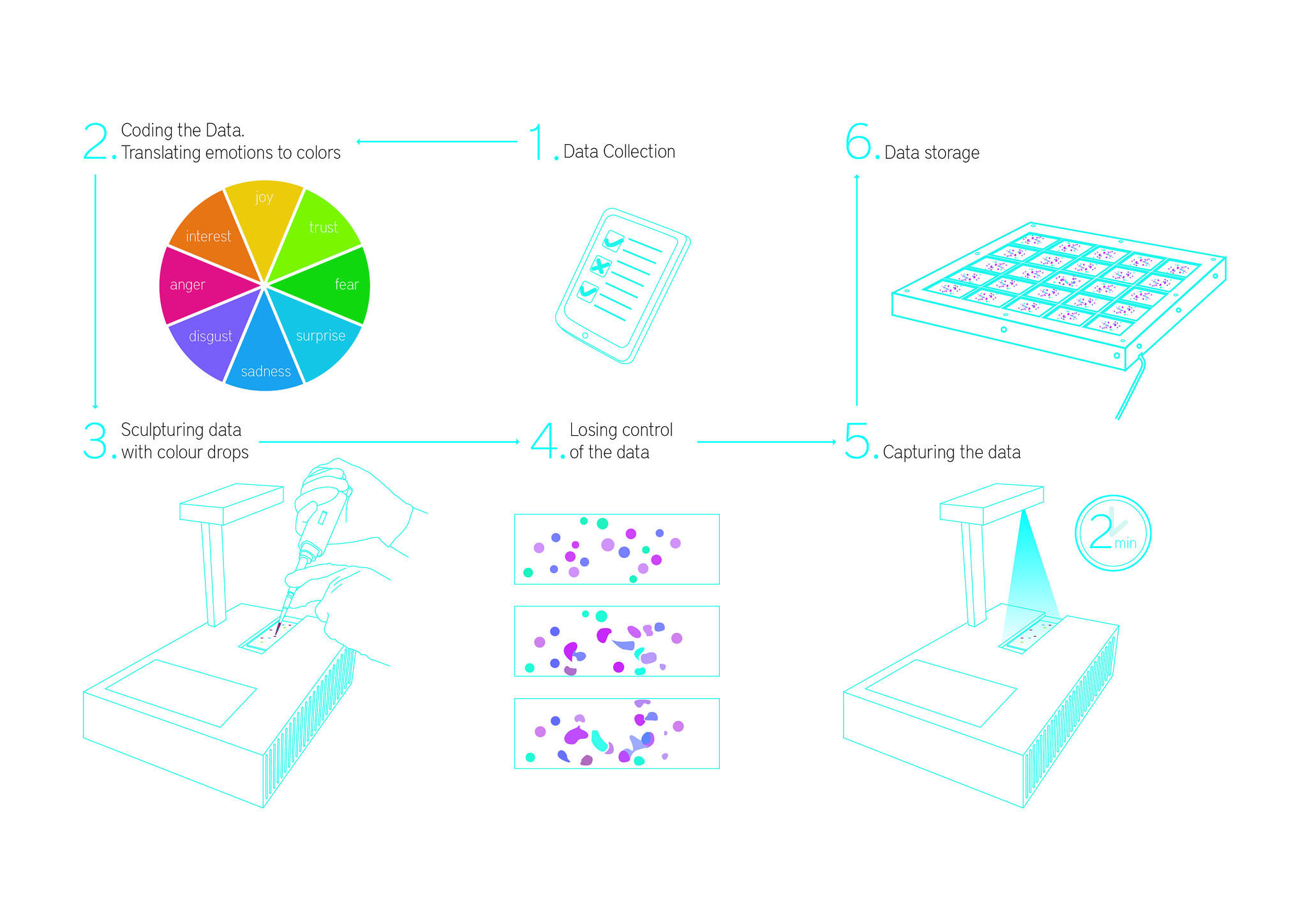