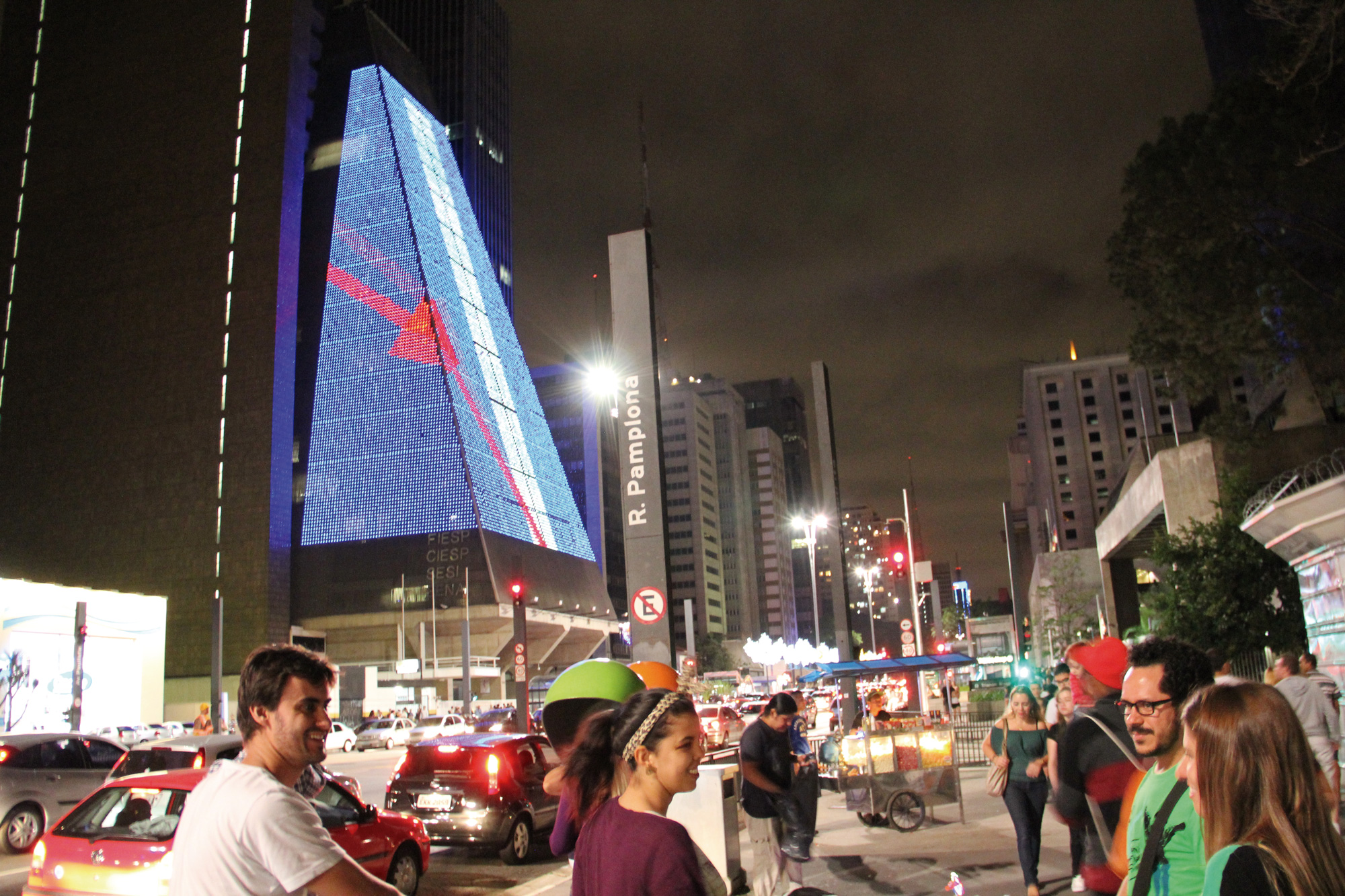 The Rhythm of Sao Paulo was produced especially for SP_Urban Digital Festival curated by Susa Pop / Public Art Lab in December 2012. We were inspired by the triangular shape of building (FIESP in Sao Paulo), which reminded us a metronome. Hence, we connected this work with our existing art piece called The Rhythm of City, which consists of 10 real metronomes performing in the rhythm of 10 selected cities’ digital pace.
“The Rhythm of Sao Paulo” allowed us to talk about one city and display its activity by quantifying geo-located social media data in real-time and in a large scale. It means, the artwork mirrors and reflects Sao Paulo’s digital pace of life. Moreover, the tempo of metronome is composed by the citizens of Sao Paulo. When the participation is not an aware act and work applies uninterrupted and real-time activity, then we call it indirect post-participation. Hence, this allows us to reflect upon life and embed it to our work.
In a way, “The Rhythm of Sao Paulo” is like a clock tower and a huge-scale interface: one can say just from looking at look what is happening within the city. We have used Twitter, Flickr, Youtube, and Foursquare in order to get the real-time data and use it as a score.
The urban media installation creates a bridge between city life in the physical and virtual spaces. Suddenly, the inhabitants of São Paulo were offered a new kind of relationship with the city by allowing them to be part of the artwork displayed on the FIESPI media facade. At the same time, the installation mirrors the online presence of inhabitants and the amount of invisible real-time social data fluctuating in the air. Furthermore, Pau Waelder in his article on “The Rhythm of São Paulo” highlights the vanishing border between virtual and real space and the integration of online presence into an everyday routine. Geert Lovink argues that rather than the virtual, the real in fact becomes more virtual: “…it wants to penetrate and map out our real lives and social relationships.” (Lovink 2011: 13) In other words, the elements of virtual spaces become gradually more integrated into the physical space and object, and thus, merge with our daily life in general. When analysing The Rhythm of São Paulo, Waelder draws on the Lovink’s thought as following: “The virtual metronome in the FIESPI building is thus as real as any instrument measuring the temperature, atmospheric pressure or air pollution in the city. It measures the need for being connected. The pendulum swings faster as the data traffic increases, denoting an increase in tempo and providing a visual indicator of Paulistas’ information anxiety.” (Waelder 2013: 42–43) 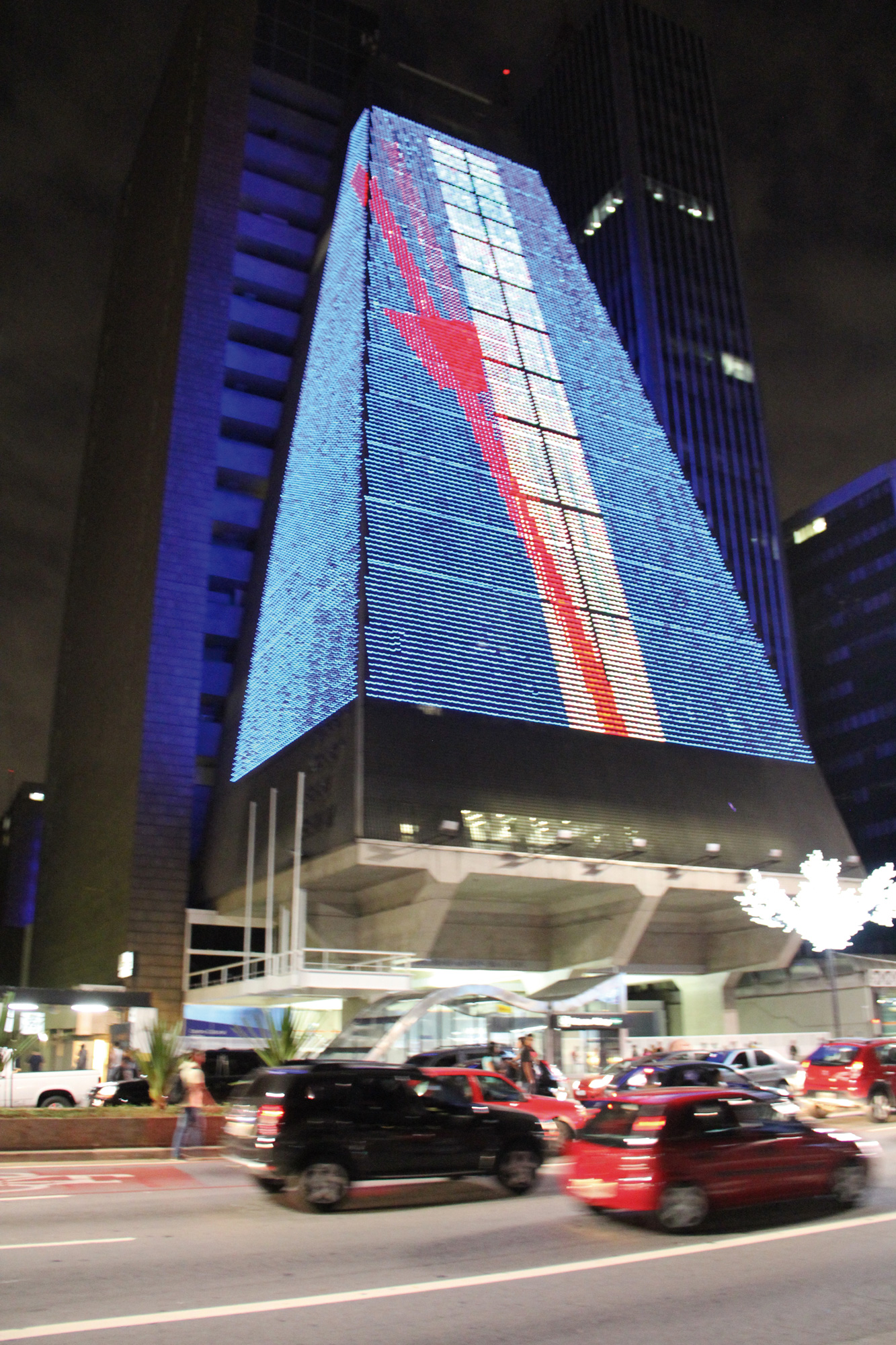 The Rhythm of City
Scroll to top